I was having trouble understanding reduce() and recursion in JavaScript, so I wrote this article to explain it to myself (hey, look, recursion!). I hope you find my examples both helpful and delicious.

Given an array with nested arrays:

We want to produce this:

Using for loops and if statements

Naively, if we know the maximum number of nested arrays we’ll encounter (there are 4 in this example), we can use for loops to iterate through each array item, then if statements to check if each item is in itself an array, and so on…

…Which works, but of course looks ridiculous. Besides looking ridiculous, a) it only works if we know how many nested arrays we’ll process, b) it’s hard to read and harder to understand, and c) can you imagine having to debug this mess?! (Gee, I think there’s an extra i somewhere.)

JavaScript has a couple methods we can use to make our code a little less ridiculous. One of these is reduce() and it looks like this:

It’s a lot less code, but we haven’t taken care of some of the nested arrays. Let’s first walk through reduce() together and examine what it does to see how we’ll correct this.

The reduce() method applies a function against an accumulator and each element in the array (from left to right) to reduce it to a single value. (MDN)

It’s not quite as complicated as it seems. Let’s think of reduce() as an out-of-work developer (AI took all the dev jobs) with an empty basket. We’ll call him Adam. Adam’s main function (ba-dum ching) is now to take apples from a pile, shine them up, and put them one-by-one into the basket. This basket of shiny apples is destined to become delicious apple pies. It’s a very important job.

In our above example, the pile of apples is our array, arr. Our basket is done, the accumulator. The initial value of done is an empty array, which we see as [] at the end of our reduce function. The apple that our out-of-work dev is currently shining, you guessed it, is curr. Once Adam processes the current apple, he places it into the basket (.concat()). When there are no more apples in the pile, he returns the basket of polished apples to us, and then probably goes home to his cat, or something.

So that’s all well and good, and now we have a basket of polished apples. But we still have some nested arrays to deal with. Going back to our analogy, let’s say that some of the apples in the pile are in boxes. Within each box there could be more apples, and/or more boxes containing smaller, cuter apples. 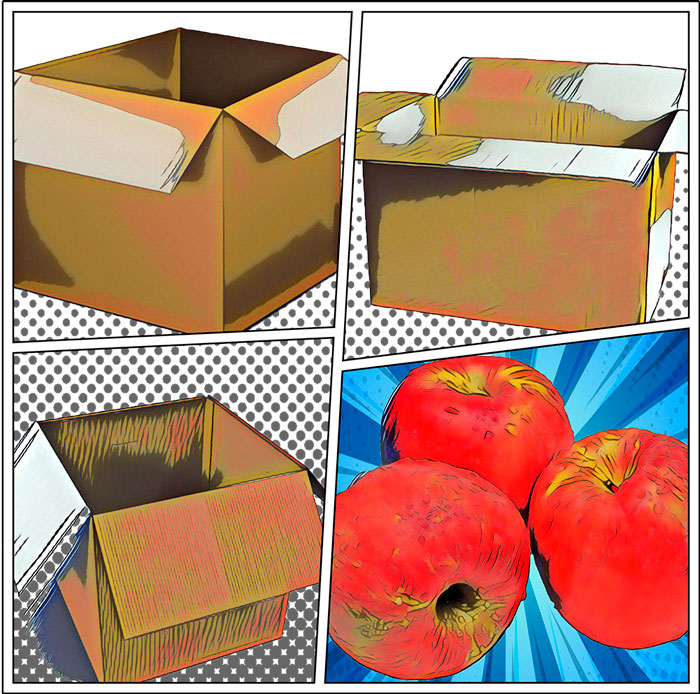 Here’s what we want our apple-processing-function/Adam to do:

A recursive reduce function that accomplishes this is:

Bear with me and I’ll explain.

An act of a function calling itself. Recursion is used to solve problems that contain smaller sub-problems. A recursive function can receive two inputs: a base case (ends recursion) or a recursive case (continues recursion). (MDN)

If you examine our code above, you’ll see that flatten() appears twice. The first time it appears, it tells Adam what to do with the pile of apples. The second time, it tells him what to do with the thing he’s currently holding, providing instructions in the case it’s an apple, and in the case it’s not an apple. The thing to note is that these instructions are a repeat of the original instructions we started with - and that’s recursion.

We’ll break it down line-by-line for clarity:

And we’re done! We’ve gone from our 24 line, 4-layers-deep nested for loop solution to a much more concise, 9 line recursive reduce solution. Reduce and recursion can seem a little impenetrable at first, but they’re valuable tools that will save you lots of future effort once you grasp them.

And don’t worry about Adam, our out-of-work developer. He got so much press after being featured in this article that he opened up his very own AI-managed apple pie factory. He’s very happy. 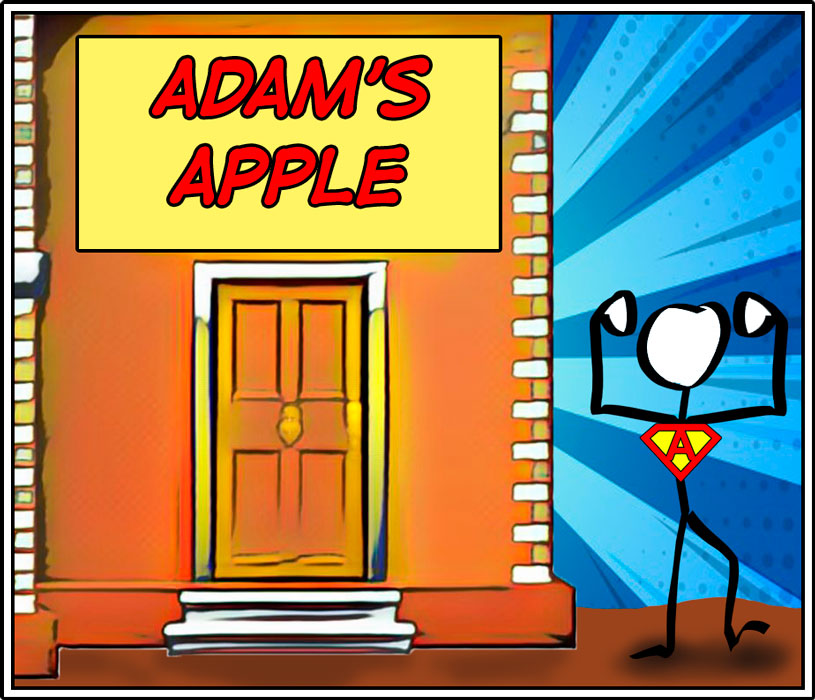